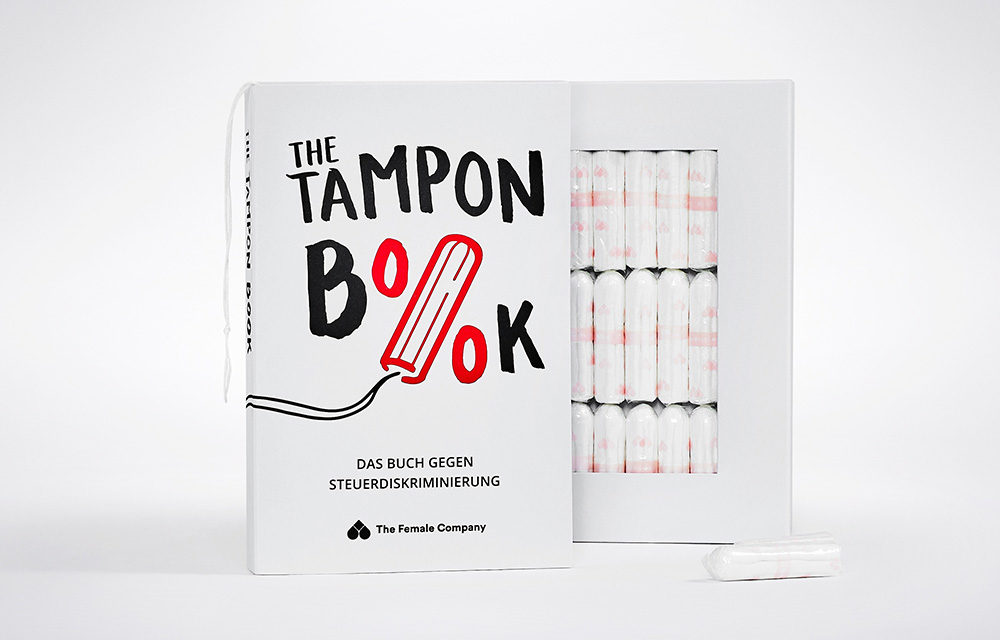 A limited edition of the German version of the Tampon Book was briefly available online. In the meantime, the second edition has already completely sold out. Photo: © The Female Company

Some years ago, Canadian author Rupi Kaur already shed international light on the topic of menstruation by publishing photographs of her period. Now, The Female Company is following her lead by directing the public’s attention to the 19% VAT applicable to tampons and the like in Germany. In cooperation with advertising agency Scholz & Friends, they have brought the Tampon Book to market. As the name suggests, the Tampon Book contains tampons. The campaign aims to turn this rather personal subject into something more ordinary.  At the same time, the authors question why tampons are taxed at the full rate of 19 percent, whilst luxury goods such as champagne, which is classed as food, are only taxed at seven percent.

For the Tampon Book, which contains information as well as organic tampons, Scholz & Friends was awarded the Grand Prix in the PR category for Germany at the Cannes Lions International Festival of Creativity, the most important event in the advertising industry, In the course of its 46 pages, the smart packaging idea The Tampon Book additionally contributes to educating consumers on menstruation. As a side effect, Stuttgart-based organic tampon manufacturers The Female Company are able to offer the sanitary products contained within the book at a reduced tax rate of seven percent. This is due to the fact that in Germany, the reduced tax rate of seven percent is applicable to books as well as selected foods.

WILL THE TAMPON BOOK HAVE A POLITICAL EFFECT?

Since the campaign started, German parliament has also begun to deal with the subject, however, so far, no measures to potentially reduce the tax rate have been announced. A look at the average expenses women pay for their menstrual products shows that the demand for lower tax rates translates into a significant amount for women: In the course of a woman’s lifetime, the respective costs amount to up to 16,000 euros per person. 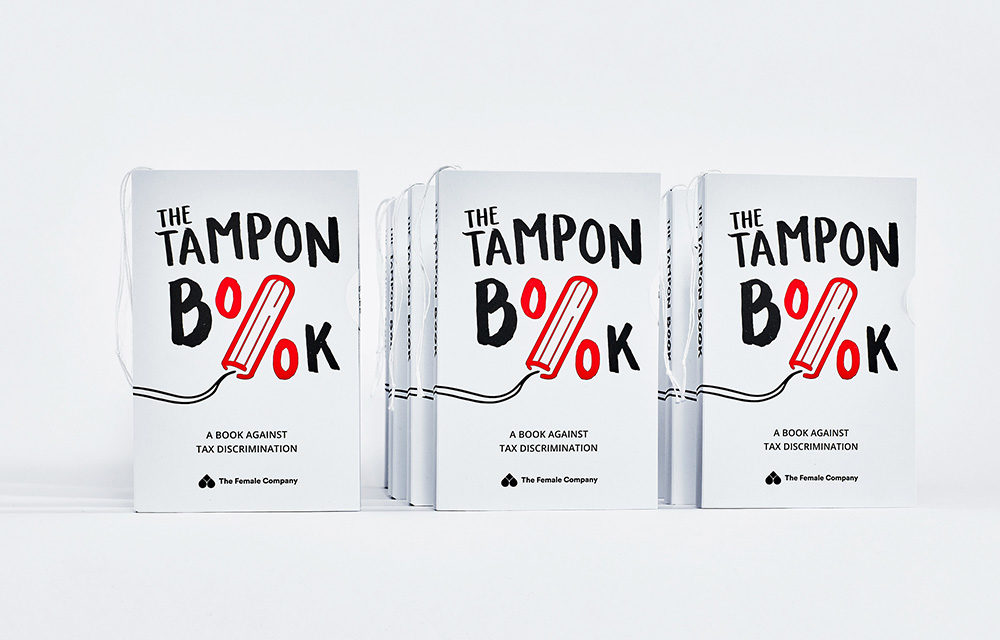 Global imbalance: Whilst countries such as Australia, South Africa and Ireland do not charge tax on menstrual products, women in Sweden have to pay a staggering 25 percent. © The Female Company

HOW ARE TAMPONS TAXED?

VAT for sanitary products in Europe

Within Europe, the tax on sanitary towels and tampons is not uniformly regulated. Whilst there are general regulations on VAT that are applicable within the European Union, the concrete implementation is a matter of the respective countries. Since 2007, the costs for sanitary products for women may be reduced, due to what is known as the tampon tax; however, only a little more than half of the 28 EU member states have exercised this right to date. Among others, this paints the following picture in Europe:

Countries around the world also act according to their own standards:

However, women do not necessarily benefit from the effects of reduced VAT in every country; this even holds true for countries that have completely dispensed with a taxation on sanitary products for women. Surveys in South Africa, for example, show that access to sanitary towels and tampons for impoverished women has only marginally improved, despite tax exemption. Here, New York sets a good example: Since 2015, municipal schools have to provide free sanitary towels and tampons for their female students. 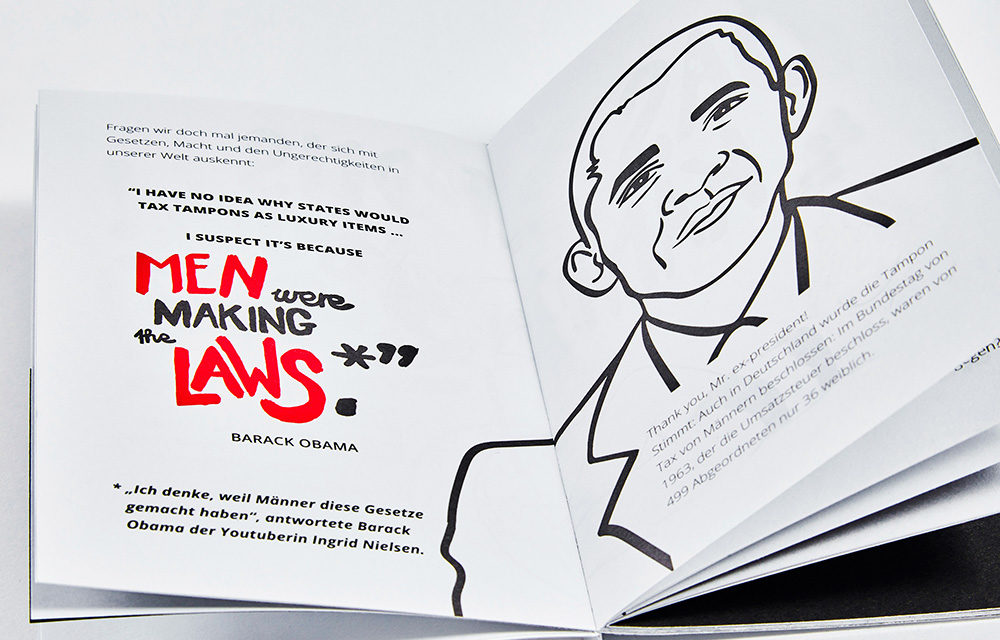 WHICH TAX RATE APPLIES TO PACKAGING?

·Whether packaging is taxed at the full or reduced rate depends on what is known as the tariff evaluation.

·If the packaging solely serves as a protective cover for the content and does not have any other independent, practical value, it counts as an ancillary service. As such, the tax rate depends on the packaged goods.

·Amain service is present if the packaging has its own practical value – for example a valuable flower bowl or a ceramic jar for chocolates. In these cases, the packaging will definitely be taxed at the full tax rate.

·If the content is divided into different VAT rates, the tax rate on the costs for packaging and shipping depends on the value of the goods. In Germany, shipping food is always charged at the reduced tax rate of seven percent.

Examples of taxation on packaging

·Grain sacks, boxes for sugar as well as other necessary materials such as binding wire and ribbons: split tax rate 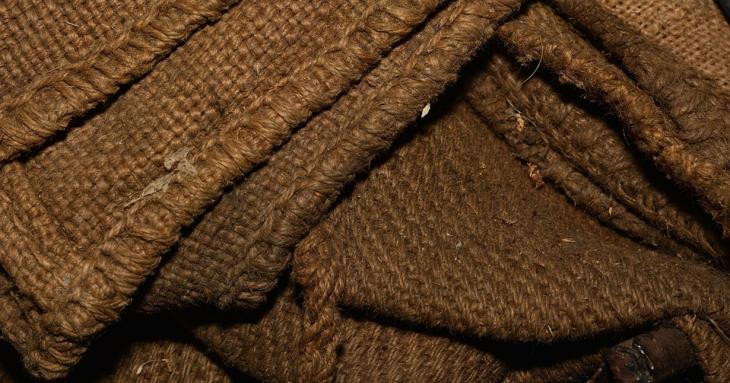 CABINET APPROVES RESERVATION NORMS FOR MANDATORY USE OF JUTE IN PACKAGING 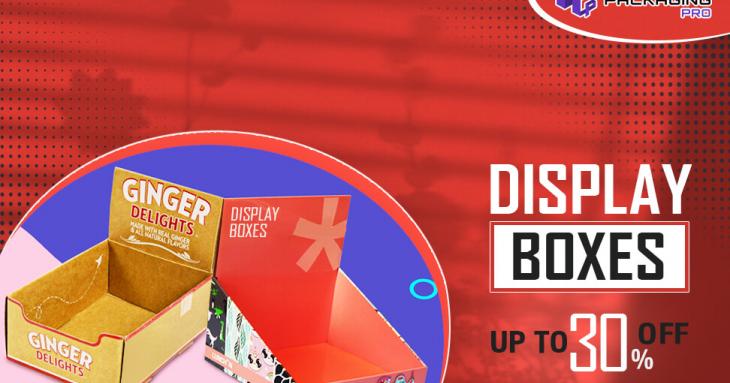 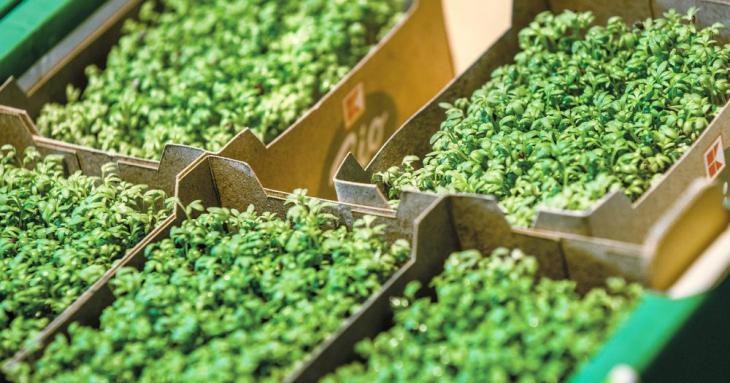