Back to Nature, Bioplastics with improved functionality

Sweet potatoes with thyme sounds like a very tasty addition to a barbecue evening. In this instance, however, it’s not a dish, but a raw material for packaging. As companies are increasingly aiming to improve their sustainability, they are also endeavouring to find alternatives to plastic materials gained through petrochemical processes. Such so-called bioplastics can roughly be divided into two types: biodegradable materials and plastics based on renewable resources.

When using biodegradable plastics – usually made from starch – application has often been restricted as they are not sufficiently impermeable to oxygen. Airtightness, however, is important to ensure the longest possible shelf life for packaged food. An innovative invention from the United States may now have solved this problem.

A team of researchers from the A&T State University in North Carolina have officially announced the successful development of a film with tight barrier properties.
Biodegradable composite film with high level of impermeability to oxygen

Using sweet potato starch and thyme essential oil, researchers in the US have developed a biodegradable film with a robust nano-composite structure. Compared with the natural prototypes used so far, they have three high-quality benefits, as they are

Whereas packaging based on wheat, soya and whey can cause allergic reactions in combination with food, the researchers maintain that there is no such danger with this new development. The new material owes its improved physical and mechanical structure to the addition of montmorillonite (MMT), a frequently occurring mineral in the category of silicates and germanates.

After numerous test series, the specific properties of the composite film were achieved through a special combination of three ingredients: First, the silicate is combined with the antibacterial thyme essential oil, applied at three levels of exactly 0.5 per cent, one per cent and 1.5 per cent each. The resulting mixture is then added to the sweet potato starch. The MMT concentration stays at a constant level of three per cent in relation to the potato starch. The outstanding qualities of such a nano-compound film are its special robustness and its impermeability to steam and oxygen, thus preventing food from spoiling quickly.

Just over a year ago, after three years of intensive research, scientists at the National University of Singapore invented a form of food packaging that is free from chemical additives. The natural composite film mainly consists of chitosan, a polymer gained from chitin through deacetylisation, together with grapefruit seed extract. The new material impedes the growth of fungi and bacteria, thus extending the shelf life of perishable food.

It is a biodegradable polymer that can be gained from the cells of shrimps and other seafood, and experts believe it has considerable potential for future use in food packaging. It is apparently

Cheese packaging made from milk protein: it can just be eaten. Photo: American Chemical Society

Edible packaging made from milk proteins

But why not take biodegradability one step further? Why not make it edible? Last August researchers at the US Department of Agriculture presented the prototype of a new form of organic packaging. The edible packaging is said to provide special protection for packaged food compared with conventional plastic, and it also scores over biodegradable packaging in terms of special eco-friendliness.

Like oil-based packaging, this thin film is wrapped directly round the food and looks exactly like plastic film. A mixture of different shares of milk proteins is combined into a dense network, and the researchers claim that its barrier properties are 500 times as good as their non-biodegradable equivalent. To repel moisture, vegetable pectins from citrus fruit are added to the complex proteins. This innovative organic packaging only gives in to extremely high temperatures. As the edible film is sensitive during processing and milk has a specific consistency, it is not yet possible to derive any definitive conclusions about its stability. The cost factor, too, would need to be resolved to determine whether the material is sufficiently profitable. The development team reckon that the new product should be marketable by 2019. Predicting further ahead, it should be possible one day to add vitamins, flavours and food supplements to such edible film. Consumers could then dissolve their instant coffee or soup in hot water together with the bag. And, if casein is added, a pizza box would no longer soak up the fat.

Exhibitor and Visitor Statements for swop – Shanghai World of Packaging 2019 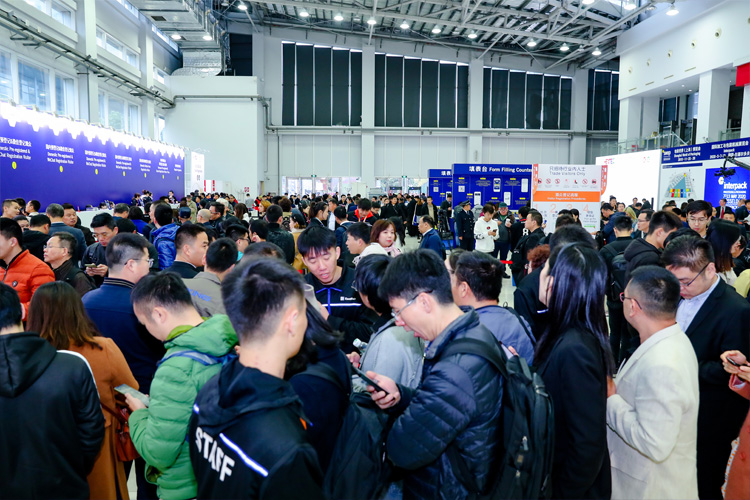